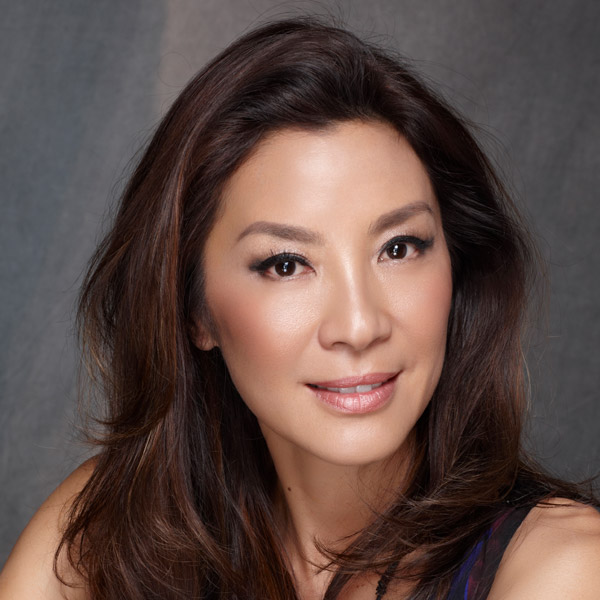 Michelle Yeoh, an internationally acclaimed actress and producer, has starred in nearly thirty films including global hits: James Bond’s “Tomorrow Never Dies”, “Crouching Tiger Hidden Dragon”, “Memoirs of a Geisha”, “Sunshine”, “Mummy 3”, “Babylon AD” and most recently the soul-stirring biopic “The Lady”. Through her films, she has challenged the traditional views of Asian women by creating very strong female roles.

To bring real stories to life, Michelle participates in documentaries that can create awareness and make a difference to the world. In 2008, she traveled widely to film the documentary “Turning Point” to lead off the Make Roads Safe campaign “Call for a Decade of Action”. Working together with National Geographic on “Among the Great Apes” in 2009, Michelle raised awareness about Wildlife conservation in Sabah, Malaysia. Her current documentary is the Award winning “PAD YATRA: A Green Odyssey” which takes you across the Himalayas in a call to save the planet’s “3rd Pole” – a glacial region now devastated by the climate chaos associated with global warming.

Throughout the years, with her contribution and devotion to arts and cultural exchange, Michelle was conferred the honour of “Chevalier de la Legion d”Honneur” in 2007 and in 2011, she was promoted to “Officier de la Legion d”Honneur” by the President of the Republic of France. Most recently Michelle was conferred “Tan Sri” by the Malaysian state government (the second most senior federal title and honor in Malaysia).

Equally important with arts and cultural exchange, Michelle also devote a major part of her time to charitable and social endeavors. As a member of the UNAids Commission, a member of the Global Road Safety Commission, an ambassador of amfAR (The foundation for AIDS research), AIDS Concerns, Hong Kong Cancer Fund, Live to Love, The Brain & Spine Institute (ICM), and an Ambassador for the UN Decade of Action for Road Safety 2011-2020, she has represented her cause by speaking out at the UN General Assembly, World Bank, Asia Development Bank, the Ministerial Conference, and at the Clinton Global Initiative (CGI).